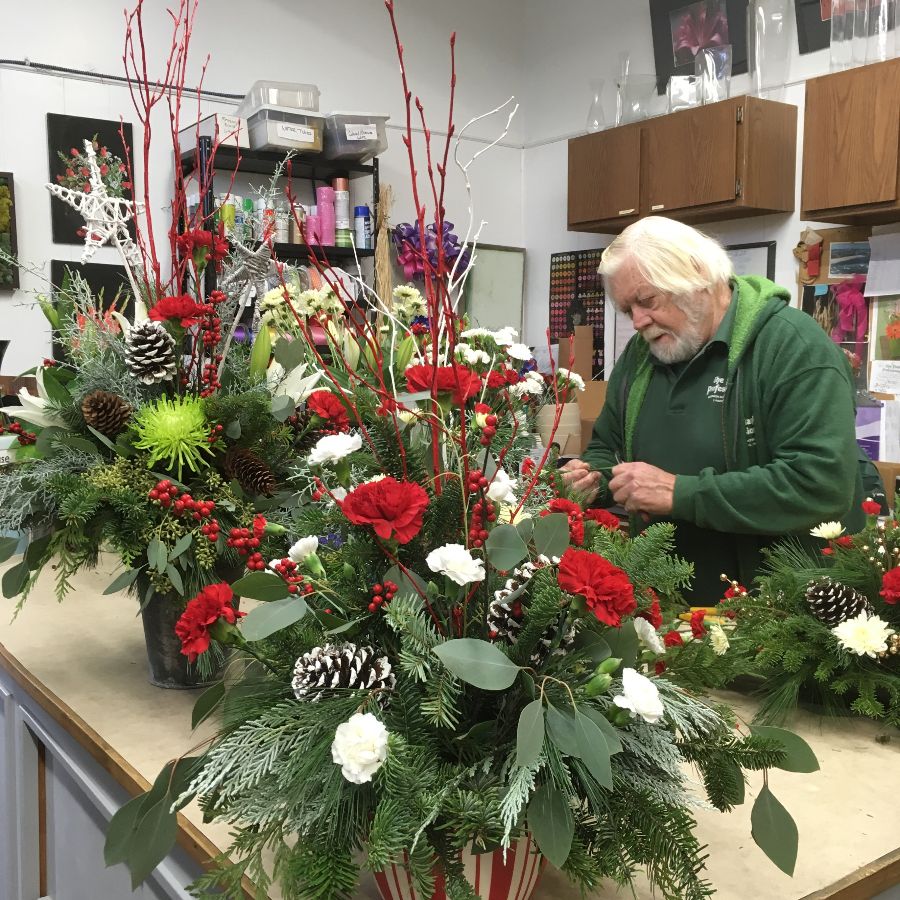 Dave Mansfield was just 15 years old when he began working as a delivery boy at the greenhouse where his mother was employed as floral designer. Dave caught the attention of the greenhouse owner. Since Dave had always been interested in art, she thought that he would make a great florist as well. She let him, as Dave puts it, “tinker around with the posies,” and the rest was history. Dave had found his passion and profession in life.
Jerry Mallon and Blaze Raiona, known as “the godfathers of the floral business” in Detroit taught Dave the skills he has used throughout his long and impressive career. Jerry owned the Kay Danzer flower shops in the Book Cadillac and the Sheraton hotels, while Blaze managed the flower shop on the 13th floor of the JL Hudson’s Department store. Dave worked with Jerry to create an opulent atmosphere for Christmas parties at the Raleigh House Banquet Center in Detroit. Dave reminisced about the spectacular entryway, where people would board a miniature train to take them to the party.
The train would wind its way back, through a forest of trees lit with Christmas lights and around large displays of animatronic animals. For the party itself, Dave helped create decorations for banquet tables where waterfalls, rivers, and pools were surrounded by platters of food and lush flowers. What an exciting party to be able to decorate for!
Dave traveled for 10 years for FTD (Florists’ Transworld Delivery) doing floral design shows. He worked at the Cobo Hall (now known as TCF Center) at the Homebuilder and Flower Show from 1964-1970, where he designed and installed large floral displays. Dave was on the FTD support team that helped create the floats for the Rose Bowl parade, and was also on the committee for both FTD and SAF (Society of American Florists) at the Renaissance on the banquet and lobby flowers and decorations for the National Convention. Budgets were ample at these national conventions and he was able to create displays with hundreds of roses and other flowers. Dave designed floral archways and massive 3’x3’ centerpieces, with flowers and foliage sourced from all over the world! Dave has also been to Holland, where he learned Dutch Design at the Keukenhof, also known as The Garden of Europe.
According to Dave, the highlight of his 65 year-long (and still going) career was being on the floral team that decorated the White House for Christmas in 1962. He reminisced that while working there, Jacqueline Kennedy was very gracious, even joining the team for lunch.
From 1979-1998 Dave owned Norm Kessel flower shops, with locations in Okemos, East Lansing, and DeWitt.
Dave has led the floral design efforts for The Plant Professionals for the last eight years.  We are so fortunate to have him as a member of our team. Dave’s availability is typically 11:30-3:30, Monday through Friday,  or by appointment. 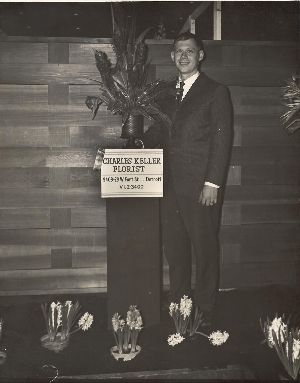 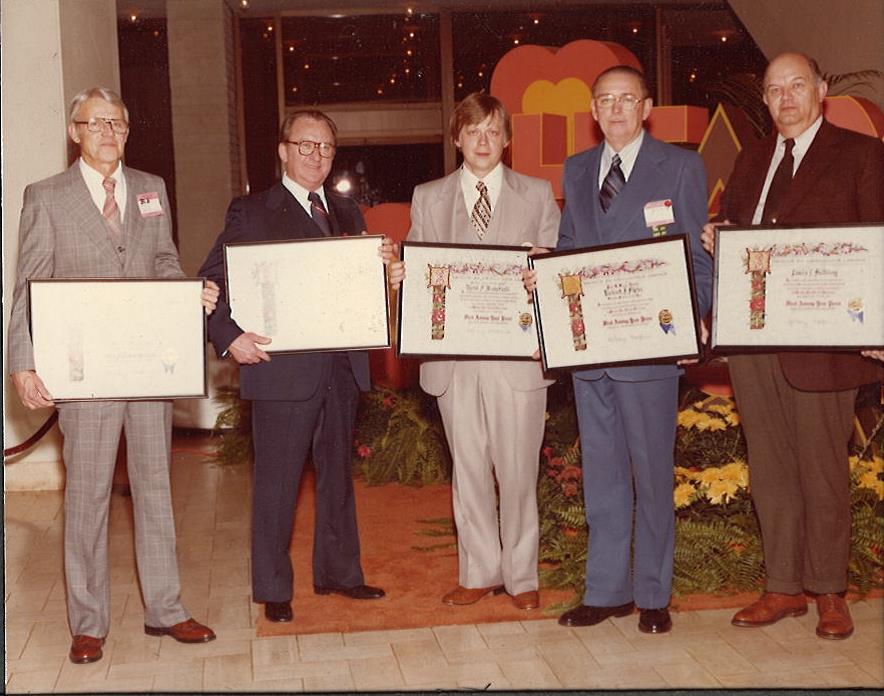 Dave (center) won the Young Person of the Year in 1970 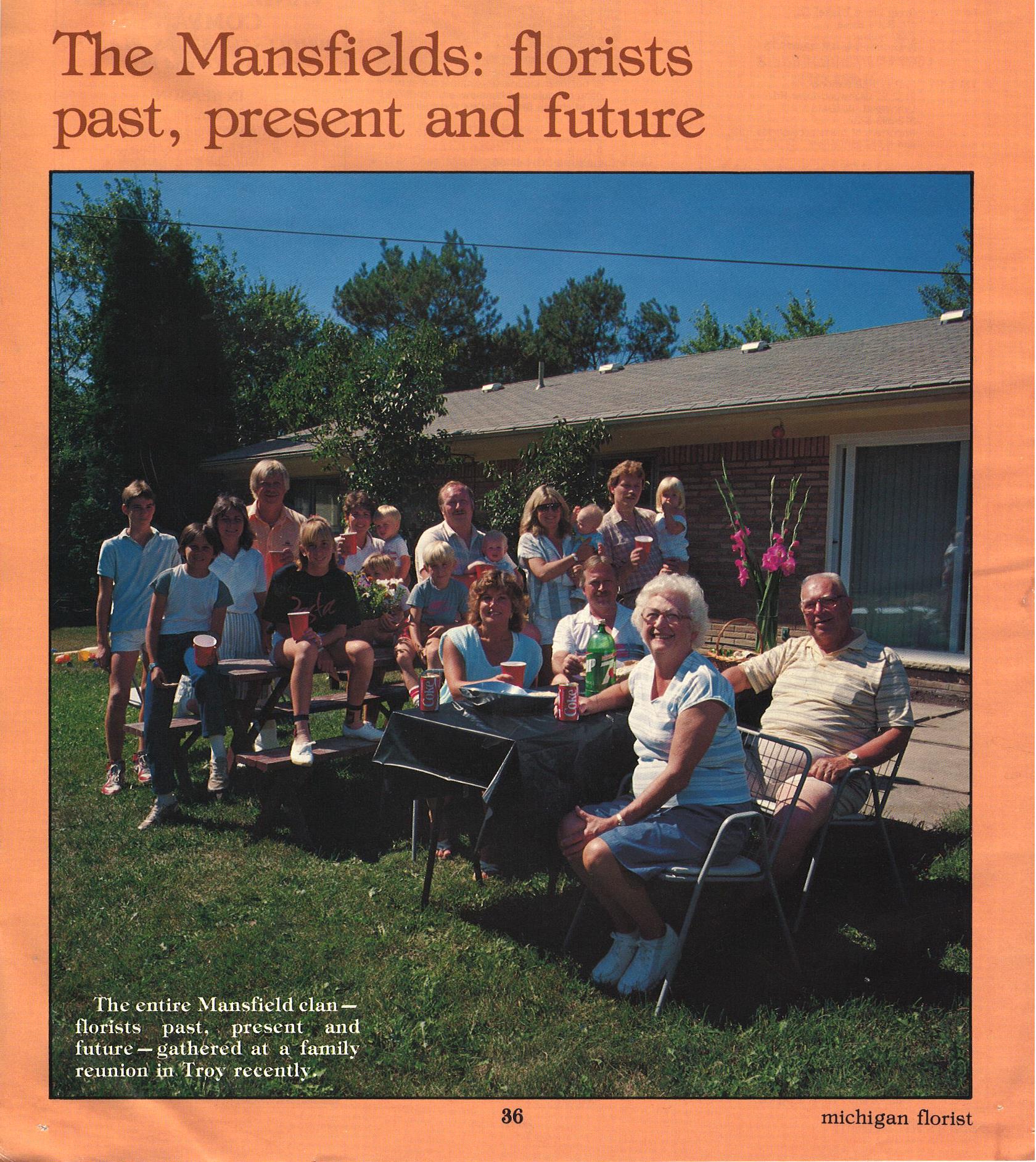